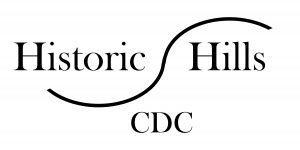 The Story of Dixie Hills has never truly been told…
From a Confederate Civil War Battle Site overrun by Union troops, this community became a
thriving working and middle class community that was developed by African Americans for
African Americans. It is a story of early Black developers Herman Perry and later Chief Walter Aiken.

A story that developed an entire community around a plot of land that became two schools and a park.

A post WW2 construction boom that produced over 600 Single Family homes and 1,000 multi
family residences. A community with streets named after Atlanta HBCUs Morehouse, Spelman,
and Morris Brown in addition to heroes such as (G.W.) Carver, Joe Louis, and Georgian
middleweight boxing champion Tiger Flowers, whose funeral was among the largest in Atlanta
history and whose mansion later gave way to Fire Station #16; the first all-Black Fire Station in the city.

Its schools and community produced luminaries such as Marvin Arrington, Sr., Glenda Hatchett,
and the first 2 African American students to attend the University of Georgia: Dr. Hamilton Holmes and Charlayne Hunter-Gault.

The park was birthed as a peace offering to Dixie Hills after the 1967 riots (led by Stokely
Carmichael) led to a police shooting of Willie Ross and critically injured 9 year old Reginald Rivers.

Due to redlining and other marginalization of African American history, even in Atlanta, we
thought it appropriate to commission a mural that honors this history and other important places
and events that developed from this community.